Leaving from Guîtres, the tourist train is a local institution! Last vestige of the golden age of steam, a team of enthusiasts works hard all year round to allow you to rediscover the joys of rail transport in the old fashioned way.

The couches were built in 1900, and you'll travel in the style of the early twentieth century. Sitting on wooden benches you'll cross the green forests of northern Gironde. Your journey back through time begins as soon as you enter the train station, built in 1875, where you will be issued with a real ticket, punched by a real conductor! While waiting to board the train, you can watch the engine being fired-up or enjoy the museum of railway-related exhibits in the station house. 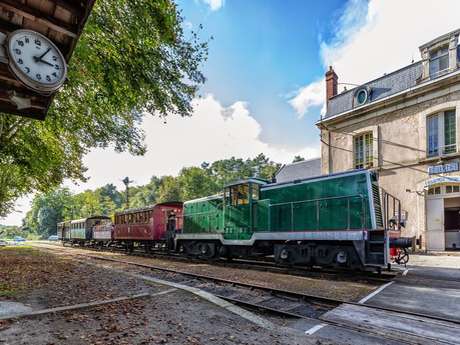